← more from
Pingipung
Get fresh music recommendations delivered to your inbox every Friday. 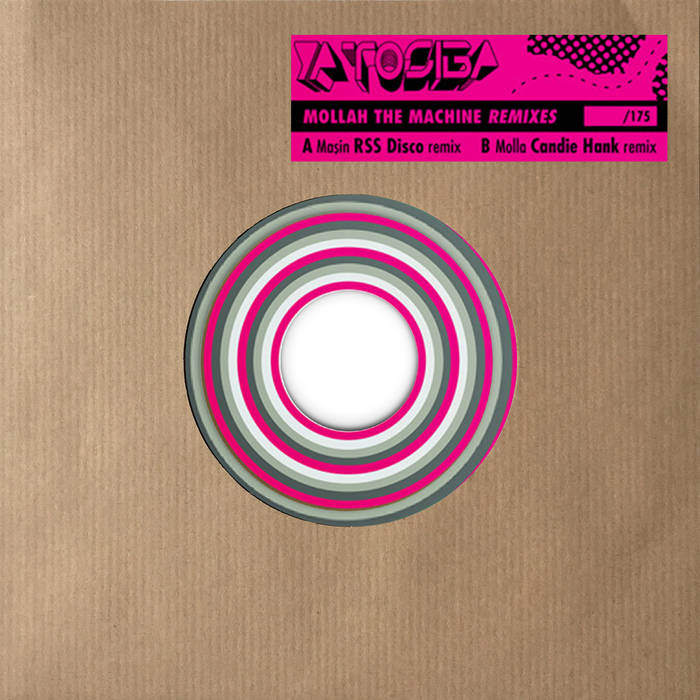 At the remixing controls for Ya Tosiba's single "Mollah The Machine": RSS Disco, Candie Hank and Schlammpeitziger.

Ya Tosiba are a Berlin based band connecting raw, funky synthetic rhythms with female vocals. Mesak is one of the pioneers of the scandinavian music genre called Skweee. The energy of his beats fits perfectly to Zuzu's vocals in her mother tongue Azeri. Ya Tosiba have released the single “Mollah The Machine” on Pingipung which quickly sold out. Two months later, Pingipung presents three remixes of German artists, two of which are also released on a 7inch vinyl.

RSS Disco remix "Maşin". The DJ and producer trio from Hamburg focus on the bassline and make the synthpads shimmer. The original Ya Tosiba song is about the sudden appearance of cars in the streets of Baku in the 80s. It's a perfect cruising track now!

Patric Catani aka Candie Hank mixes a bouncing version of "Molla", paying tribute to Zuzu's funky meykhana vocals. This remix perfectly captures the hilarious, crazy qualities of the original and turns them into something huge.

Schlammpeitziger, the Cologne based veteran of electronica, finally adds his melodic genius to the same track, Molla. As shown on his album “What's Fruit” on Pingipung in autumn 2014, he is never tired of adding just one more harmony or note to his disco production. The result is, as always, very charming and definitely danceable.

Bandcamp Daily  your guide to the world of Bandcamp

Bonobo stops by to talk about his new record Fragments